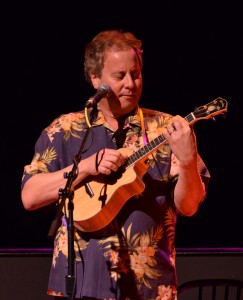 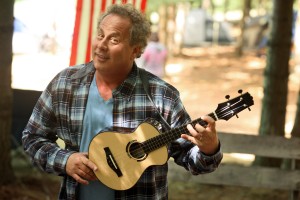 What the Critics Say…

Successfully blending the sounds of jazz blues and swing, Gerald Ross has created a guitar style uniquely his own. Whether he is playing jazz standards, popular favorites, delta and urban blues, Tin Pan Alley melodies, New Orleans rhythms or boogie woogie, it’s bound to be a delightful surprise to any listener.

He has the rare ability to transmit an infectious good humor to his audience through a tasteful combination of outstanding instrumental talent and an eclectic repertoire. An experienced musician, Gerald Ross is equally at home in a concert hall or on a small club stage.

Gerald Ross is comfortable with just about every type of “roots” music there is, from western swing, bluegrass, Hawaiian, blues, jug band music, jazz standards, Tin Pan Alley, New Orleans rhythms to boogie-woogie, and he plays it all on guitar, lap steel, Dobro and ukulele.

He’s performed in concert with Bonnie Raitt, Arlo Guthrie, Doc Watson, Johnny Gimble, Riders In The Sky, Brownie McGhee and many others. He appears in the award winning film documentaries “The Mighty Uke” and the PBS syndicated “Wheatland – The First 40 Years.”

Gerald won the Solo Artist Category of the 1993 WEMU Jazz Competition and has appeared many times on “A Prairie Home Companion.”

Today Gerald is one of America’s best-known performers, entertainers and advocates for the ukulele. He’s released seven solo CDs, published instructional materials, and is very much in demand as a music festival instructor in the United States and abroad.

Looking for my press kit? Here it is.
Gerald Ross